"As a local business, it was important for us to pair up with a local bank like NBC. I would recommend NBC to anybody newly starting a business in Lincoln."

"To me, banking is about people, and when I go to NBC, I love to talk with everyone there. They’re very, very nice people and that bank is locally owned."

"NBC takes care of me. I’m always looking to improve and refine our business, and NBC financing has been very easy." 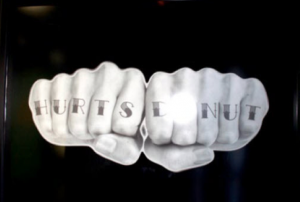 Donuts so good, it Hurts

NBC customers Trent and Whitney Vargason put the “gourmet” into donuts to create goodies that have customers lined out the door most days.

Hurts Donut is located at 129 N. 10th St. on the northwest side of the Grand Manse building, just a five-minute walk from NBC’s Downtown Branch. It opened its doors June 27, hired 50 people and immediately experienced success.

“It’s been an amazing start,” Trent said. “We’ve got a great team of employees, and our customers love the flavors.”

Hurts Donut counts on NBC for loans, checking and other banking services.

“I chose NBC because I have friends at NBC,” Trent said. “Getting to know the people at NBC and having a connection is a great fit for me and Hurts Donut because we both value relationships.”

The Vargasons learned of the Hurts Donut brand from an old friend in Springfield, Missouri, home of the first Hurts Donut location. They traveled six hours south to experience it, and it was love at first bite.

Next up for Hurts Donut in Lincoln? Delivery.