“I really do value the business partnership that we have with NBC. Any bank can cash your checks and write your bills. But if I need something, like a fresh take on an idea or a gut-level reaction to a proposal, being able to contact them and ask them their thoughts is pretty valuable.”

“Starting a business can be very stressful but working with NBC for our business loan to open the practice was supportive and comforting. We knew these were people we could trust, and they’ve proven that true over all the years we’ve been banking with them. We stay with NBC for the great relationships and service.”

“It’s the people at a bank that make the difference. The folks at NBC go out of their way to help you resolve an issue, whatever is needed. They’ve been very flexible with us, even with the non-standard things we need as a nonprofit. We can always get ahold of someone if we have an issue and knowing we can count on them is really reassuring.”

“We’ve done our personal banking with NBC for generations – my parents banked with NBC for years, and we trust them.  When COVID hit, I asked them for advice, and even though they didn’t have my business account, they did everything they could to help me. They’re like a small-town bank where people know you, but with the convenience and options of a bigger bank.” 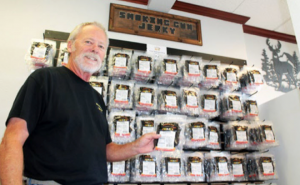 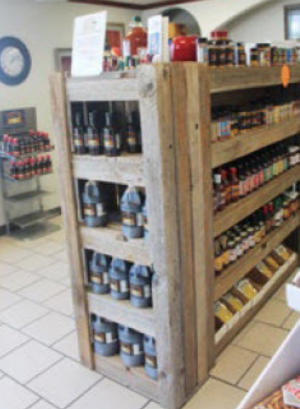 NBC proudly supports entrepreneurs such as Dave Ferguson, who built Smoking Gun Jerky into a thriving business thanks to his famous liquid jerky marinade developed at the University of Nebraska Food Science Division.

Ferguson, who grew up a deer hunter, was never satisfied with the jerky processed from his harvest. He spent years experimenting, seeking feedback, reformulating and finally creating a flavor that created interest and demand by fellow hunters.

Today, Smoking Gun Jerky processes up to 500 pounds of meat per week. His store at 443 N. 48th St. in Lincoln serves as storefront and food processing center. The business sells freshly-made-in-the store jerky in more than 50 flavors and heat levels, along with marinades, meat products, barbecue sauces, rubs, salsa, spreads, and other Nebraska-made products and favorite spices from throughout the U.S.

“NBC takes care of me,” he said. “I’m always looking to improve and refine our business, and NBC financing has been very easy.”

As a teen, Ferguson purchased his first car, a 1967 Chevy Chevelle, with a loan from the old NBC bank on 13th and O streets. He said when the Nebraska Bank of Commerce opened, he quickly landed in a familiar bank home.